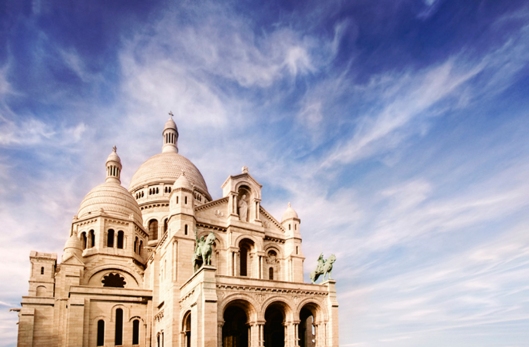 Apartment hunting in Paris was an interesting experience.

We wanted to live near the center of town, in a comfortable apartment, close to everything.

A lot of the two-bedroom apartments are the same size as a typical one-bedroom back home. Then there’s the furniture and decorating. Some of them are modern, which is what we like. Others defy explanation. How does one live like Louis XIV in a two-bedroom apartment of less than 900 square feet?

What we found was a large two-bedroom apartment with “classic” décor, just north of the center of town, in the Ninth Arrondissement. We haven’t really seen the apartment yet. Only pictures. The rental company tells us it’s beautiful and the neighborhood is “typical” for Paris. I wonder what that means.

We’ll be about a 20-minute walk to Sacré-Coeur, which is the big white church with the onion domes, sitting on a hill overlooking the city.

We’ll also be about a block from the Moulin Rouge.

I asked friends today about the idea of advertising a Moulin Rouge After Party for when we’re bored. Who knows, we might make some new friends!