Enzo preferred water to wine, but walked through the fair anyway

Six weeks before returning to the United States we took a road trip of the south of France. We started with a train ride from Paris to the city of Bordeaux.

Bordeaux is similar to Paris. It’s beautiful, but smaller, with wider streets and sidewalks, and parking.

The next day we rented a car and drove into the vineyards. We come from northern California, where a trip into the Sonoma and Napa valleys is a simple day trip. So we were interested to see how different the vineyards of Bordeaux would be.

We saw signs for a wine maker’s fair on some of the roads. With no tasting rooms to visit we decided to find the fair. There were all kinds of local wines, food, and a local band. One of the food sellers was making home-made French fries cooked in duck fat. A true delicacy!

Waiting at the Paris train station for the Bordeaux train

After paying the cheap admission price, you get a wine glass to wear around your neck 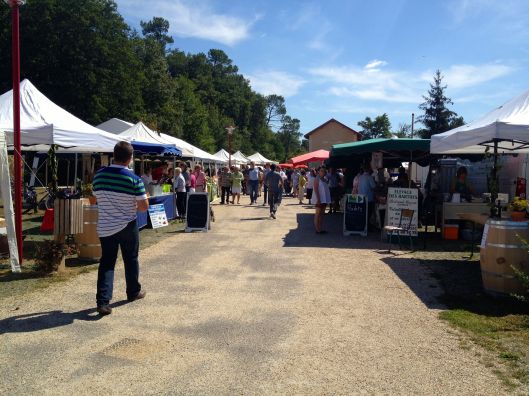 Bordeaux wine maker’s fair, with lots of wine and food 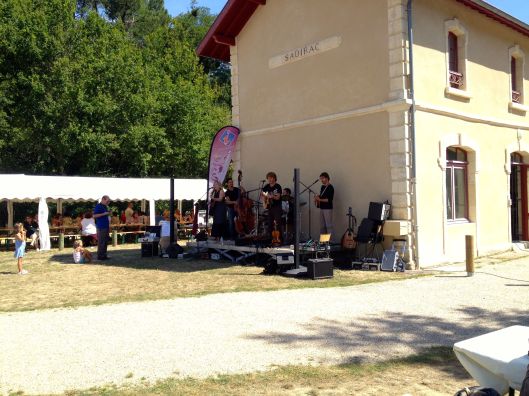 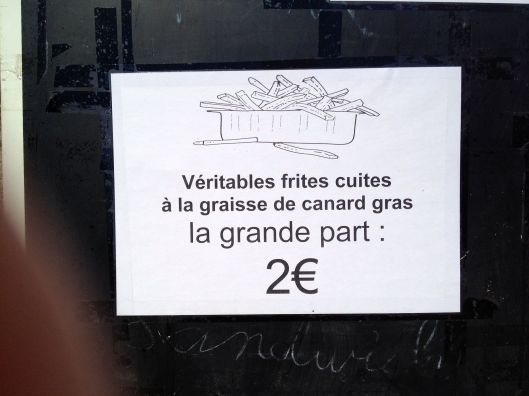 A festival and boat parade was taking place in Amsterdam, and we decided to see it. So we packed up …

The other day I was telling friends about Two Guys And A Pug, and it occurred to me it had …

As you walk up Rue des Martyrs you see the Basilica of Sacré-Coeur, perfectly framed by the trees, and on …

For real. I’ve read about Turkish hamams in the past, and seen a couple of paintings of them in museums. …

We’ve lived here three months already, and it’s time for a post about our neighborhood. We’re about a block …

Bread is a big part of the diet here. No matter where you are, just look around and you’ll see …

There are times when it’s nice to get out of town, even when you’re living in Paris. About a week …

While we haven’t been to all of them yet, we’ve made it a goal to attend performances at some of …

A few weeks ago, we rented a car and drove north into Normandy for a long weekend. We stopped in …